Most people will be surprised to learn that volleyball is actually the 5th most popular sport in the world, according to recent research. In 1964, men’s volleyball was added to list of Olympic sports, with beach volleyball being added in 1996. With over 900 million fans worldwide, it sits behind only football, cricket, hockey and tennis in the sporting popularity contest.

It’s been my passion, my big love, my ecstasy to which I thought I would never have the chance to come back. I have played for 10 years back in Poland in 2nd league in Nafta Gaz Pila and played beach volleyball every summer to! The senior team has been a multiple Champion of Poland. I was proud to be a junior player of my city’s team.

Volleyball was something I lived for literally, bringing books to study on away games as I was at school and training 3 times a week! It all paid off as I have managed to gather a few trophies and medals along the way. And even though I missed out on a couple of parties and did not have all the fun like my pears did , volleyball was my religion! 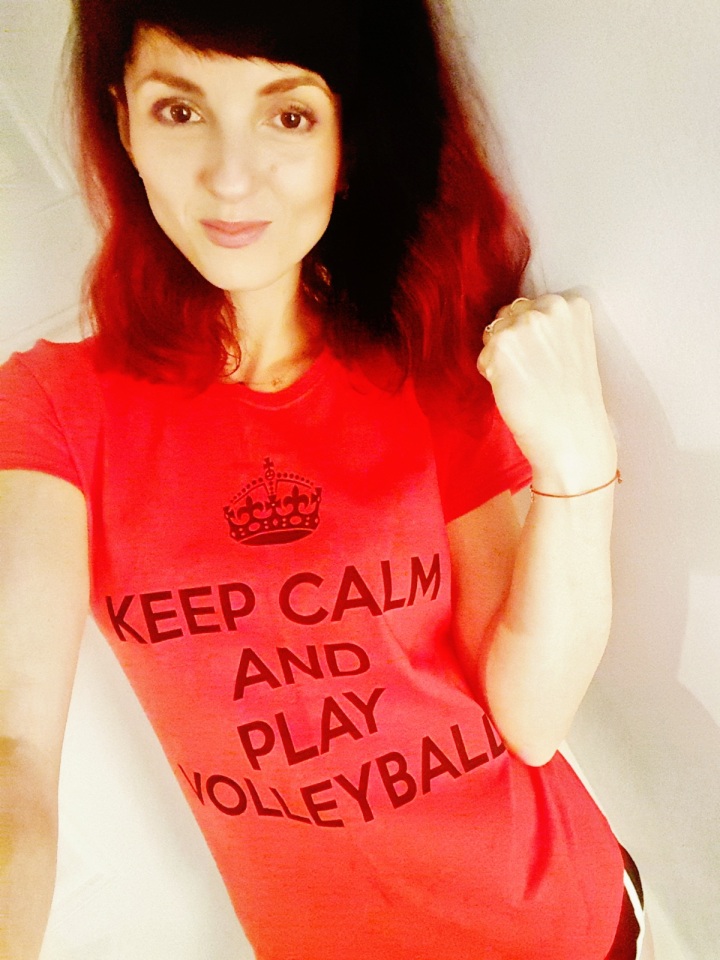 Today I cherish many amazing memories, the people that I met, the places I have seen and most of all the satisfaction and accomplishment it has given me! It has also thought me a lot about myself, my body, my character, the world and people and how they act when competing. I learned to never give up and always do my best and that it would always pay off.

In the end I went to University, so moved to a different city and it was difficult to continue and I just thought that’s it. We go separate ways, it was an honour and great pleasure and as we all know everything comes to an end! I left Poland and moved to UK and did a little research on whether there are any teams around. I was disappointed to see nothing out there, but not surprised as after all volleyball wasn’t a popular sport in the United Kingdom. I was able to locate a male team and that was it. I stopped looking…

I’m sure Plymouth VC already existed back then and maybe due to lack of social media or advertising I never knew! Only last year a friend from work published couple of photos on FB, and I was stunned! I did not hesitate for to long, and after 10 years of not playing I have asked to join. And here we are Plymouth Volleyball Club! We compete in National League Division 3 and hope to advance to Division 2. It’s never the easiest as it’s bunch of girls from different background’s, different ages and at the end of the day we get on the field and become a team. There is a lot of good teams out there where University students play so the choice and the variety of players is greater. We will not surrender though and we will keep fighting. I do hope it’s only the beginning! I must admit that now that I felt the taste of sweat and the ball again and realised how much I missed it, it will be difficult to let go. And even tough it’s not pain free you do it, because it’s something you breathe for. I’m sure that anyone who has ever competed in any sports, especially in a team sport will understand the spectrum of competition and how addictive it gets. Central to a successful team is cooperation. Without it, a team would merely be unable to function as efficiently as it otherwise could. This gives the extra ‘drive’, the strength to keep going and just an amazing sense of unity. 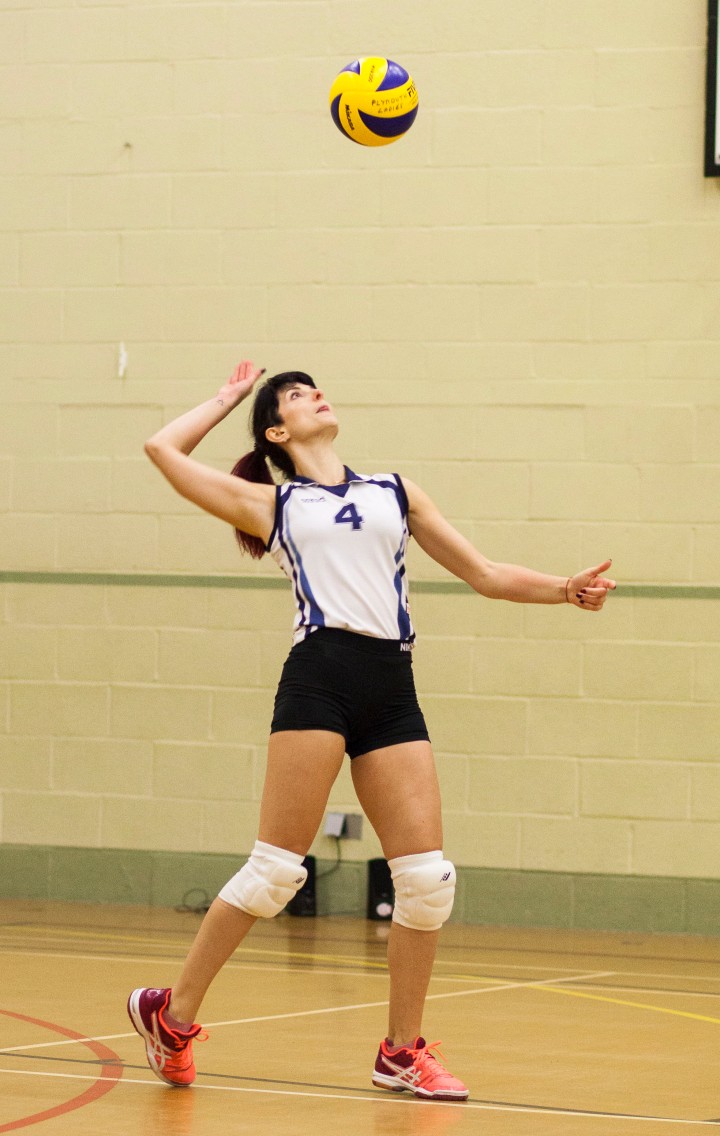 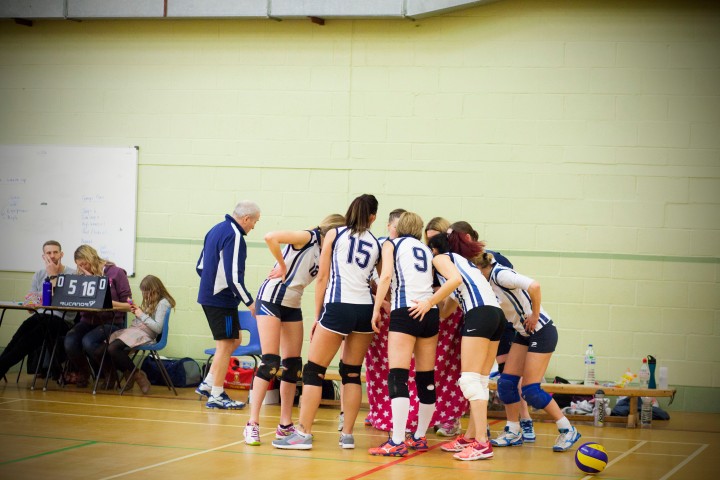 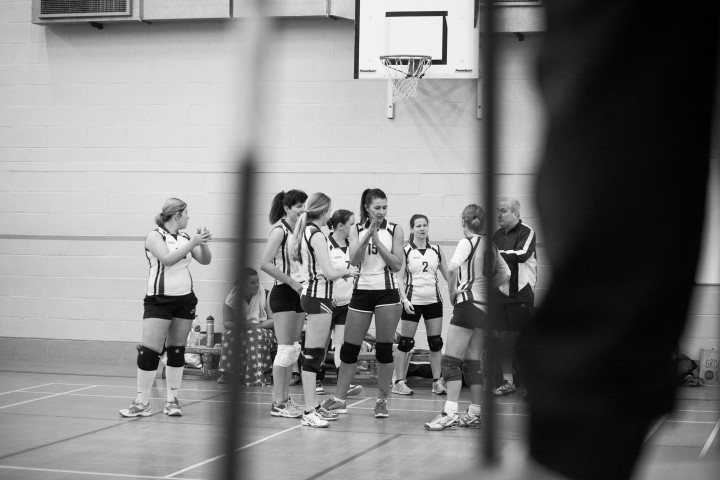 There is always another side of the coin. During the game you usually give your 120%. Your maximum, you do anything to win. Which looks amazing from a performance point of view.  It is a warrior hood with the opponent but also with our own body and the pain which is caused by the intensity of this sport.  There are professional athletes getting injured despite of being provided with the best therapies and specialists taking care of them. So we have been having all sorts of issues. I personally suffer from a shoulder pain this season. One player twisted her knee a week ago. It’s a give and take game and a lot of the time it’s just a test to your fortitude!

We only train once a week which is not a lot of getting together. We all have other commitments, some of us have children to take care of and we have to travel from different places. We are very tired sometimes on a Thursday session as it’s the end of the week, but will always make it work and make it fun to 🙂

Volleyball is an exciting, competitive game that offers an amazing workout through aerobic exercise. Plus it encourages you to think tactfully, giving your mind a workout too. My Dad, who also played for years, always used to say that volleyball is a sport for those who can think. There are many others benefits from volleyball and sports for children and adults such as:

Regrettably we play in a country where volleyball isn’t very popular, it simply doesn’t mean much to the society like football or golf etc. The funding just doesn’t go towards this discipline. And the saddest thing is the senior National Team has disappeared. Volleyball regressed dramatically in the UK since the London 2012 Olympics which just makes everything even more difficult as children have nothing to advance to at the end.

Nevertheless we love volleyball very much and will carry on, as that’s what fighters do! Who knows maybe one day volleyball will become more popular and lovable sport in Plymouth and in England.